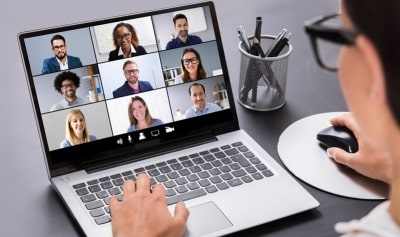 When The Federated Employers Mutual Assurance Company (FEM) embarked on a Sage X3 implementation last year, they expected the usual outcomes of improved operational efficiencies and more valuable financial reporting, but they had not anticipated that the project learnings would aid their digital journey during the COVID-19 lockdown.
FEM initiated a Sage X3 project as it had been working on a custom-built system that was developed more than 20 years prior and had outgrown its functionality. The finance team was still largely paper-based in its work, and the company, although kicking off a work-from-home initiative, had not fully embraced the latest cloud productivity tools.

Enter SynergERP
FEM partnered with SynergERP for the Sage X3 deployment in May 2019. A fundamental principle of SynergERP’s culture is that it uses technology as an enabler across its entire business, with many employees working remotely. During the FEM project, SynergERP introduced the use of cloud productivity tools such as Microsoft Teams. This meant project information was always accessible in one online location and helped to promote collaboration among the various stakeholders.

Before the introduction of online tools, project meetings would have been held in a boardroom, plans mapped out on a whiteboard, and later captured in a digital form to be circulated to the team for review. Some of the challenges experienced with the traditional system were information being lost when an efficient cleaner removed content from a whiteboard, or information distribution being delayed due to inefficiencies.

The project team also found that the use of Microsoft Teams increased transparency, and this helped to build trust and teamwork on the project. Yusuf Bodiat, CFO at FEM, said: “At any time, anybody from the team can see who is busy with which tasks and what the deadlines are. Everything is in the cloud. Everything is accessible immediately. You can have someone sitting at a remote location, and still working as effectively as anybody else.”

Adoption across the company
Although the finance team was the main contributor to the original project, certain key members from other departments were also involved, and once they had seen the benefits of working with cloud productivity tools, it led to the adoption of these applications in other departments. New online work practices started to permeate the company. Some employees have even commented that this new way of working has helped them adjust to the home-schooling of their children during lockdown.

FEM has also found the chat facilities in Microsoft Teams mirror those coffee break catch-up sessions that would normally be commonplace in an office, and this online engagement helps to keep the team energised. Bodiat said: “We didn’t expect to use these various tools that enable remote working after the project; however, they have become a part of life, and I even access Microsoft Teams on my mobile.”

Harmony through efficiency
During this Sage X3 project, instead of working as a separate consulting team and client team, technology brought the two groups together as one implementation team. Ashley Regenass, CEO at SynergERP, said: “We have demonstrated through our project implementation methodology how technology can be used to transform our clients’ businesses.”

was established as a mutual insurer in 1936 and on the introduction of the Workmen’s Compensation Act 1941 was granted a licence to continue to transact workmen’s compensation insurance for the building industry.